...and that means rolling into San Diego for a few days.  Even with the rains that kept us closer to the Pechanga RV Resort in Temecula, CA,  on Tuesday, the wet weather mostly brought welcome relief to this region; albeit the burned out areas that did suffer from mud slides.
Our Monday had us back on the roads around these parts.  We chose to ride south, once again, on Highway 79 to Santa Ysabel.  Heading westbound on Highway 78 took us through some rolling hills and numerous curves.  Our goal was to get into Encinitas.
We met a most gregarious motorcyclist at the fuel stop.  He  asked if I would take a photo of him and his new motorcycle; a Moto Guzzi Cafe' Racer. That is one pretty, vintage style new motorcycle racer.
I learned that the guy owns several motorcycles; including BMW and Japanese models.  He is a true aficionado.   I loved the look of his V7 Racer.  He said it was a dream to ride.  I believe it!
The skies were gray, by and large, but there was no rain on our ride.  Nor were we riding in any of the areas that were hit by recent mudslides.
For followers of golf, a bit of trivia.  PGA golf pro, Phil Mickelson calls Rancho Santa Fe home when he isn't touring the globe on tour.  Phil ranks right up there with the pro-golfers I like to follow.  In my view, he has one of the very best short games of any touring pro today.  He is also a wonderful ambassador for the game of golf.

I discovered that his Rancho Santa Fe, CA home is for sale.  A quick Google search offered several photos of his home. Anyone out there in blog land who may be interested in living in this area, and can come up with a cool $5.9 million, you could be well set up in Phil's house. It sits on 4+ acres of land.
Back to our Tuesday ride, we thoroughly enjoyed riding the back roads that led us through some interesting countryside and into Encinitas 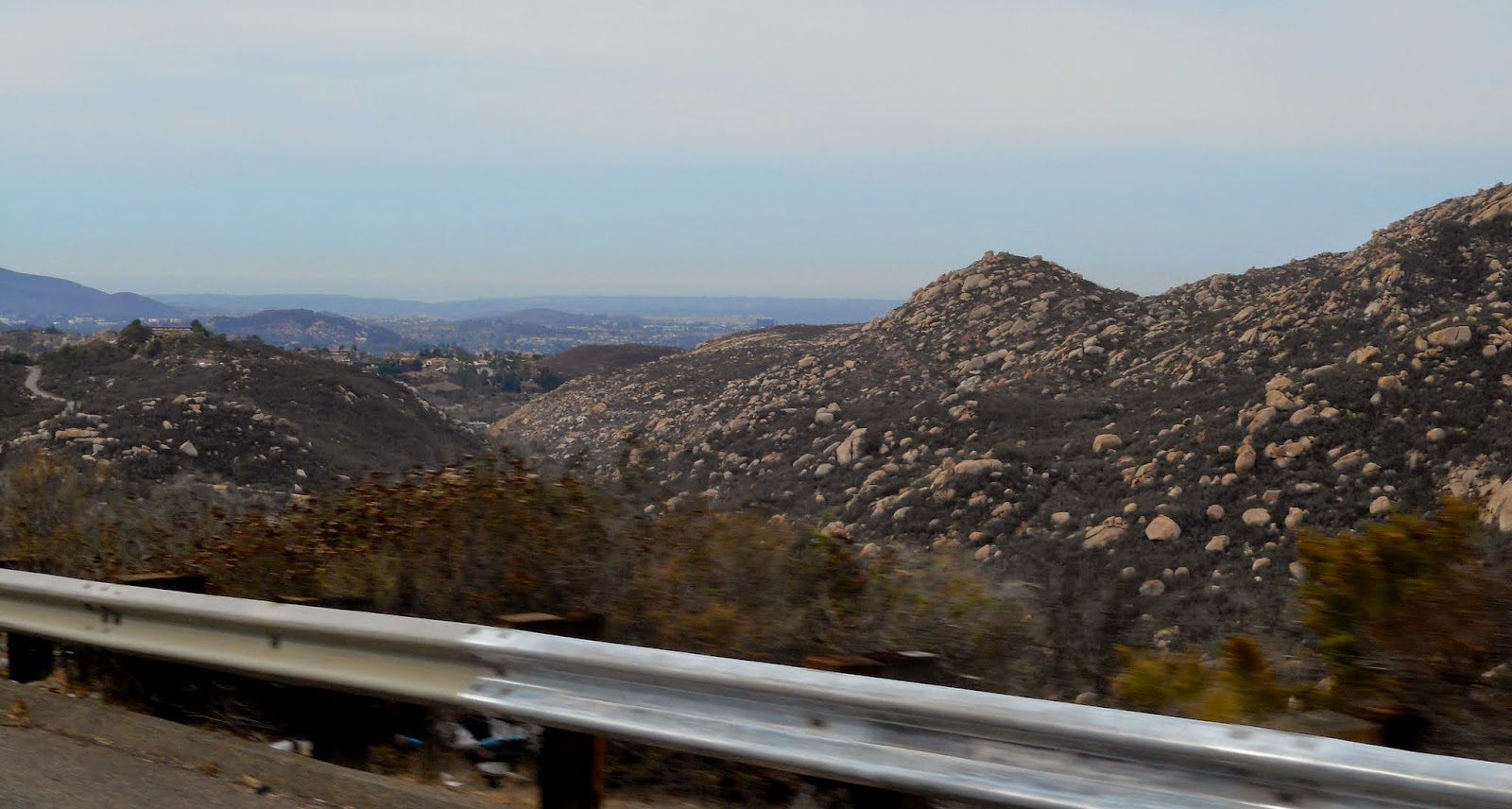 Riding north bound on the 101, we had several views of the Pacific ocean.  Familiarity led us into Carlsbad where Jeanette captured the photo below of the boutique inn we spent an overnight at when motorcycling with friends, Lucky and Trena, last March, 2013
When we rode into Oceanside - on a group ride - with other motorcyclists last week, the sun was out, the mid-80's temperatures had the beaches full of sun bathers and the waters were alive with surfers.  No so on Tuesday.  There were a few hardened surfers but the beach was quiet.  The temperature was only in the mid-60's.

We rolled back into our Temecula area RV Resort just before darkness fell.
Between rains, Jeanette and I walked the grounds around here and with the golf course seemingly quiet due to rain, we got to get a better view of the No. 1 and No. 10 holes.  Nice facility.
I did not get the opportunity to play this course but it has been noted as a possible 'must play' in the future.  The mid-afternoon twilight rate is reasonable.

Although we don't have the photos to prove it, our friends from Corona, CA, just 30 minutes up I-15 from here, joined us for dinner at one of the numerous Casino restaurants on Tuesday evening.  Allen and Lolita - who spent four days in Caliente' Springs resort, Desert Hot Springs, while we were there last week -  arrived at our site at 5:00 pm Tuesday evening and after visiting inside our fiver for an hour, we made our way into the Casino for a nice dinner.  It was a most pleasant evening out.

The Pachanga Casino is deemed to be the largest American Indian Casino in the continental US.  Well, it is large and it is a well developed area.

I guess we were so busy chatting that the camera remained well stored in Jeanette's purse.

Anyhow, today (Wednesday) we depart the Temecula area to head further south on I-15 to the San Diego area.  It seems we will be closing up in the intermittent rains that are forecast to continue through this area.

We'll report from San Diego once we are settled in and have found something of interest to write about.

Posted by René and Jeanette Genereux at 7:58 AM