We had a nice New Year's Eve dinner out with friends before taking in the movie, directed by Angelina Jolie, titled "Unbroken".  It was gripping, to say the least.  And the movie is based on a true story.  I won't say more.  I give her full marks for her directorial abilities in this film.  It is a powerful story line.

Before our dinner/movie get together, we had plenty of fun with Courtney, Deni and Owen at our home before their return flight to Edmonton, Alberta.


Our grand kids got together for some play time and the best fun of all was taking Easton's new John Deere tractor and trailer for a ride.  He invited his little cousin, Owen to try it out too. Easton received this group Christmas gift from his father's mom, dad, brother and sister.  WOW!  What a fun ride this is. 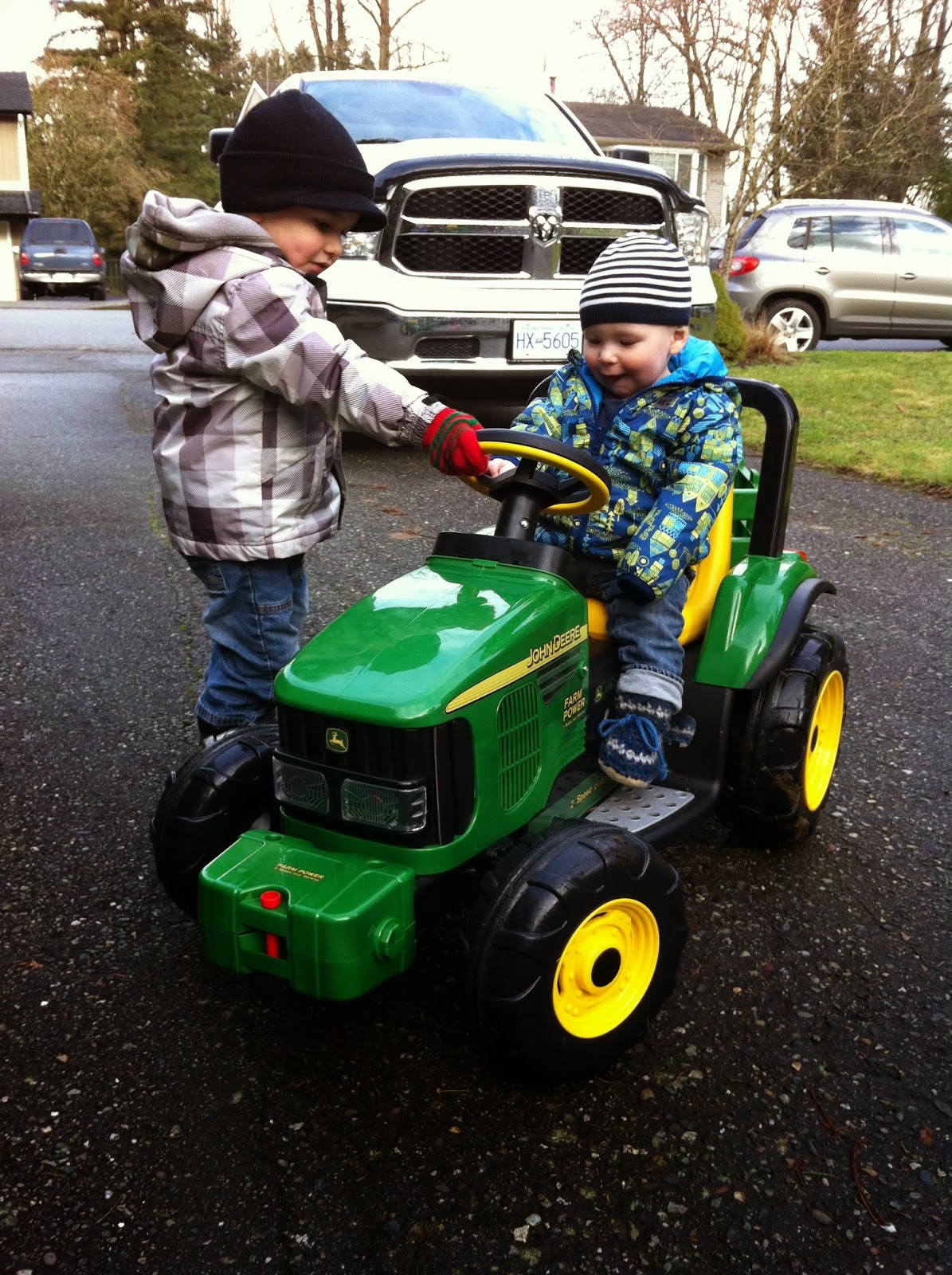 Owen preferred riding in the trailer that was attached to the tractor.  Here is a very short video of the fun.
With Deni, Courtney and Owen visiting for a couple of days, we got out for walks in the nice sunshine.  The mountains that surround us here in the BC Lower Mainland were powder coated with fresh snow.  And what a view!
We took a long walk along the estuary of the Fraser River in Fort Langley.  There was a lot for Owen to see but towards the end of our walk, his eyes had closed and he was sleeping soundly.  Good fresh air helped out too.
By 8:15 am, we had all of the luggage loaded and we drove the family to the Abbotsford Airport for their 10:00 am West Jet return flight back to Edmonton.
Back at home from the airport, Jeanette and I did some house cleaning and laundry before heading out for our early evening dinner - followed by the movie - with our friends, Lorne and Mariette along with John and Suzanne who were visiting from Nanaimo, Vancouver Island.

Back home by 10:30 pm New Year's Eve, Jeanette and I chose to wait up till 12 midnight to ring in the new year.  We watched several of the New Year's celebration highlights on television.

Today, New Years day, we're hosting a small get together with some neighbours.  It is an informal meet and greet with good cheer and finger foods to toast the new year going forward.

And that covers things from here for now.


Posted by René and Jeanette Genereux at 12:24 PM